There are currently 32 players online. 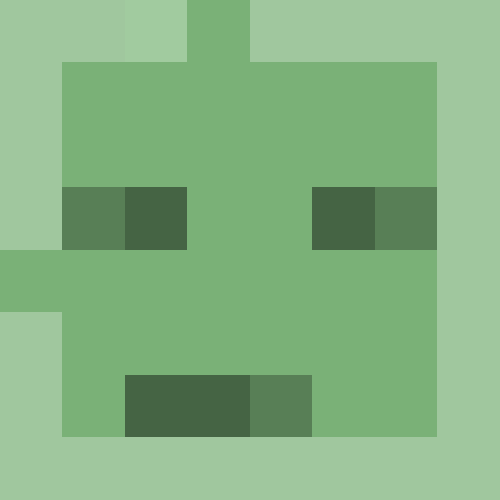 There are no wall posts here yet.

3 months ago
RE: Punishment Evasion

So I just got muted for an hour, because VSVU came to my town harassing me about selling his dye for a higher price. Even though I bought it an acquired it from multiple sources (not to mention I stocked /pw Stonks colored wool chests in the process). While he was there harassing me, I said some adult things to him, which I don't dispute but then he went and reported me. An since I was muted for an hour (as a result) I decided to place some signs around MY TOWN & PLAYER WARP (Since you can't edit shops, buy items from other shops, or much less anything else on this server without being able to type in chat).

Anyway then VSVU screenshotted my signs too, and sent them to [Mod] Punk and had me banned for three days because: "Punishment Evasion". The text on my signs said that VSVU was an anti-competitive snitch, who reports people he doesn't like. An then the last piece of text was: the rest I can't say because of hate speech. So where did I lie, and why do you act like private police for entitled brats? I banned him from my warp (as he banned me for competing against him) and I ignored him when he wouldn't stop sending me messages, then proceeded to do what I could within my own town limits.

He was out for blood and kept reporting me to Punk, because he couldn't leave me alone. He wants to be the only one selling dye and have a monopoly on items. An by all accounts, Staff seem to support that as they act exactly like the Gestapo which is ironic. I wasn't given the same opportunity to explain myself to Staff, but VSVU seems to have a direct line of communication. I can't whisper in their ear on Skype, Discord, or whatever platform he was sharing screenshots to Punk over. So ultimately it's a one side punishment, which is unfair to say the least.

An I literally just got over a three day ban for stealing (which I learned my lesson from) and was looking forward to playing, but then VSVU had to go and do this. An I'm sure it's not the first time he's done it to to other players, since he seems so well rehearsed and tried crying to me about other players selling his dye for profit too. Like dude, it's a free market if you don't like it don't sell items, or sell them at a higher cost. It's not that difficult to comprehend is it? Why am I banned for this? All I did was sell some dye... is this really how you want to be seen treating people who vote for the server every day, and offer help to new players?

If anyone should be banned it should be VSVU, for coming to my town an instigating an argument and harassing me over selling dye. Making false reports to Staff, because he wanted to be the thought police for a day. An I didn't even get a say in the matter, or a simple opportunity to explain myself. Like that's how you plan to attract players? When there's a dispute just ban the guy that doesn't snitch and cry wolf to staff? VSVU was literally there to harass me, in my town, at my player warp. Not the other way around as he claims. Besides if you're going to ban me for words I didn't write on a sign, you may as well ban everyone for rules they might or might not break in the future. An don't take this as a threat, but if that's the type of review you want copy/pasted on all the voting sites, I was more interested in playing on the server but I can articulate my experience elsewhere. If that's how petty the staff want to behave.

P.S. - VSVU literally confessed to stalking me by following me around to other player warps and harassing me by spamming me for hours, but I'm the political prisoner here while he's free to harass and report his competitors. So now he has no competition and the $50,000 I spent in his store. An Stonks shop has a bunch of colored wool thanks to me, because I bought dye from VSVU for $2.19 piece and bought wool for $1.59 a piece and sold colored wool to Pasbst_(/pw Stonks) for $1.22 profit. So much rage over something so small, and I'm the bad guy because I called him a not so nice communist. Is he banned for harassing me, I doubt it (even though I played tit-for-tat and reported him after the fact). There's a two tier/class system on this server, which is you're friends with the staff or you're banned; the rules are not applied equally.